As it is said that a great man’s feat usually echoes louder behind his full rears, reactions, tributes and panegyrics have beclipped the recent death of a foremost Nigerian literary pioneer – the Late Poet Gabriel Imomotimi Gbaingbain Okara who passed away on Monday, 25th March.

The Late Pa Okara was said to have died in his sleep at his residence at Okara Estate in Yenagoa, after a brief illness.

This is coming just a few weeks after another literary champion, Prof. Pius Adesanmi died during the Ethiopian Airway plane crash (on 10th March); a few days after the passing of a great Nigerian Art Curator, Mr. Okwui Enwezor (15th March), and a few hours to the burial of Nigeria’s literary doyen and NLNG Prize Winner, poet Ikeogu Oke, which comes up this Saturday (30th March) at his county home Ohafia in Ebonyi State.

Notwithstanding the great legacies however being left behind, every creative mind would attest that these back-to-back deaths of Nigeria’s intellectuals is indeed a source of worry to the country and blinks red at Nigeria’s Creative Industry.

It is in this light that the death of Poet Okara has been described as a monumental and generational loss for the literary community, both at national and international echelons.

Confirming the hideous news, Okara, the National President of Association of Nigerian Authors (ANA), Mr. Denja Abdullahi described the death as a great loss, and noted that his treasured presence will forever be missed by the literary community, despite the fact that he died as an old man and left great legacies behind.

He said: ”Though Okara died as an aged man, his death is indeed a great loss, and the literary community will forever miss him, because, despite his age, he always identified with us when he was alive, always attended literary events, even punctually than every other person whenever invited.”

Tributarily, Denja said: “We can call him the father of the modern poetry. He made his mark in the literary field, and he is somebody that cannot be ignored, in terms of literary arts. He promoted and influenced Niger Delta and showcased her as a place of calm and inspiration, through his poetry. And we will continue to cherish him, and forever remain grateful for what he has done in the field of poetry and literary arts at large.”

Meanwhile, the Bayelsa State Chapter of the ANA had earlier in a reactionary statement issued by its Chairman, Mrs. Bina Ilagha noted that the association was sadden by the news of the death.

She said: “The Association is ruffled by the news because it came at a time when preparations are in top gear to celebrate his masterpiece, ‘’The Voice’’ at 55. “We are saddened by the news but are consoled that he left behind lofty legacies. Pa Okara, through his literary exploits put Bayelsa in the map of literary excellence.”

In similar tones, other literary enthusiasts and concerned Nigerians have also bared their minds thematically on the development, ruefully registering their reactions to the news and their tributes for the legend, as collated below:

President Muhammadu Buhari, the President of the Federal Republic of Nigeria, through his media aide, Mr. Femi Adesina said: “On behalf of the Federal Executive Council, I extend my heartfelt commiserations to the Okara family, the government and people of Bayelsa State, the literary community and all who drank from the writer’s fountain of knowledge.

“As a dedicated and well-published writer in all the literary genres, I believe Okara, who was deservedly known as the ‘founder of Modern African literature’ will be fondly remembered for his immense contributions to the development of African literature, drawing on experience from his native Ijaw language.

“I extol the great story-teller whose powerful use of imagery and symbolism in his literary writings helped the world to appreciate and understand the richness, complexities and uniqueness of the African heritage and culture. I pray Almighty God to grant the soul of the departed writer peaceful repose and comfort all who mourn.”

Mr Michael Afenfia, the speech writer to the Governor of Bayelsa, and one time Chairman of ANA said: “It is with great sadness that I received the news of the passing of the renowned poet and novelist, Gabriel Okara. Even in passing, I am sure your poem, “Piano and Drums”, will ‘minister’ to me in many ways.

“Your words are an inspiration! Your concerns about the African culture in the face of Western ‘threat’ as expressed in “Once Upon a Time” are ever before me. “Thank you for leaving us with so much to remember of your time here with us. Thank you for setting the pace for several generations of writers.”

Mr. Eriata Oribhabor, the National President, Poets In Nigeria (PIN) said: “The news, just like every other news of death was a shocking one, despite the fact that he was advanced in age. We would always want him to live for us because he was an elder statesman.

“We thank God that he lived a very good and fulfilled life and left great legacies. I also want to use this medium to call on Nigerian youths to always go back to read and read, because without reading, someone may not even know that there was a writer like the legendary Gabriel Okara and the likes. By tribute, I appreciate him for giving his best despite all challenges his he faced while growing up, and for making a great mark and leaving great legacies in the literary field. All these, we also assure him we will build on and ensure they are sustained in our own time.”

Prof. Stella Okunna, author, poet and first professor of Mass Communication in Nigeria said: “The news of his death is quite unfortunate. In terms of literature, poetry in particular, Okara was a giant, and no matter how old he was, his death is still a great loss for the literary community, because even his presence alone was a source of inspiration to budding writers and other literary enthusiasts.

“Writer’s community would dearly miss him, for he was a great man whose life inspired many. May his great soul rest in perfect peace. “His great life will forever be remembered, as long as literature lives and as long as Nigeria’s literary society is alive.”

Prof. Sam Uzochukwu, Igbo poet and novelist and lecturer said: “Gabriel Okara was a pioneer poet and a great literary giant, the likes of JP Clark, Prof. Wole Soyinka and so on. “The news of his death was shocking, despite the fact that he was aged. “His style of writing and his works were unique in their own way, given that they were mostly based on traditional materials.

“Being a pioneer writer, his death is a monumental loss, and we pray that his soul rest in perfect peace, even as his works and legacies continue to motivate and inspire many into greatness.”

Prof. Pita Ejiofor, author, poet and founder of Otu S?wakwa Igbo said: “Okara was a great man, one of the foremost writers in Nigeria, one of those who made Nigeria known to the outside world in terms of literature; and he left a wonderful legacy. “He was among those proved that a black man is as intelligent as any other person anywhere in the world.

“A great son of Nigeria, he was an intellectual of great repute. Indeed he made his mark in the literary field.”

Chief Oseloka Henry Obaze, a published author, poet and literary enthusiast said:”Being mortal like all of us, it’s only natural that Okara passed away, but not one second before his time.He lived a fulfilled and long life, but his passing has diminished our humanity. That he will speak and write no more, is shocking. “He was an eminent Nigerian poet, who with his peers, sold mystic and enchanting African verses to impressionable young African minds.

“From him and others, “I discovered that exotic, inspiring poetry was not the exclusive preserve of the Byrons, Dickens, Keats, Wordsworth, and Shellys… Okara and others were trailblazers and role models in this field. His legacies will endure.”

Mr. Wole Adedoyin, the National President of the Society of Young Nigerian Writers said: “Gabriel Okara was a star, a literary icon and a guiding light to the burgeoning writers, and these young writers will miss him most. “His works have inspired and continue to inspire many young ones, while his personality and creativity endeared him to many as a role model. We will forever remember him and sustain his legacies.”

Mr. Odili Ujubuo?u, award-winning author and literary promoter said: “Gabriel Okara’s death is just like a library that just got burnt. He was one of the best poets that Nigeria ever had, and virtually every writer draws from him in terms of aspiration (with regard to the level he attained as a writer) and in terms of inspiration (with regard to the depth of his works), both as a poet, as a dramatist and as a complete and consummate writer that he was. His presence will be dearly missed.

“However, we believe that writers don’t die, rather, they transit to another level. We will continue to read Gabriel Okara, and he will continue to be a source of inspiration to us; even though he lives no more with us, his works and legacies do.”

“Until his death, he served as the beacon of hope and a representation of the ideals that have held us together in Niger Delta. “Pa Okara did not only represent the link between the transitional and modernist phases of African literature, but interpreted the artistic worldview of the people of the Niger Delta.

“Until his demise, he was an Emeritus Professor of the University of Port-Harcourt. The people of the Niger Delta, Nigeria and indeed the World shall surely miss this literary Czar of African poetry.”

Gabriel Imomotimi Gbaingbain Okara was born in Bumoundi, Yenagoa Local Government, Bayelsa State on 24th April 1921. He was a novelist and the first modernist poet of Anglophone Africa. He is best known for his early experimental novel, The Voice (1964); his award-winning poetry, published in The Fisherman’s Invocation (1978), and The Dreamer, His Vision (2005).

Among others, his awards and honours include:

Best All-Round Entry In Poetry at the Nigerian Festival of Arts, for “The Call of the River Nun” (1953);

Gabriel Okara Literary Festival (2017) among others.

May his great soul rest in perfect peace. 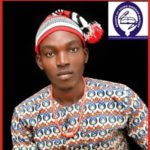 Izunna Okafor is an award-wining creative Young Nigerian Novelist, Poet, Essayist, Journalist, Editor, Translator, Publicist, Igbo Language Activist and an Administrator who hails from Ebenator in Nnewi South L.G.A of Anambra State Nigeria. He writes in English and Igbo languages, and has published enormously in both, nationally and internationally. Izunna has received over 25 awards, and has over 800 articles published online. He can be reached via: [email protected]

“So if we want our citizens who have excelled abroad to return home, let us…

“Attended the annual Christmas dinner/carol of the City Finest Club in Awka. A very splendid…

Recent Posts
Recent Comments
Archives
Categories
Subscribe to our Newsletter
Join the pursuit for a better future for Ndi-Anambra. Click volunteer to get started…
Volunteer
© 2017-2018 OHO Team - All Rights Reserved